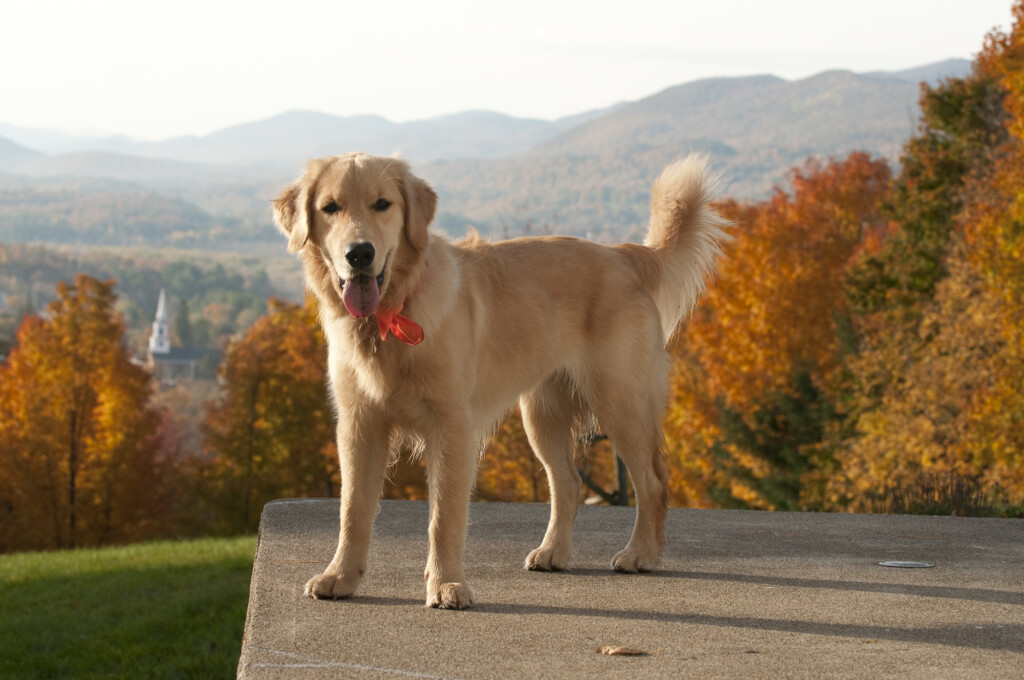 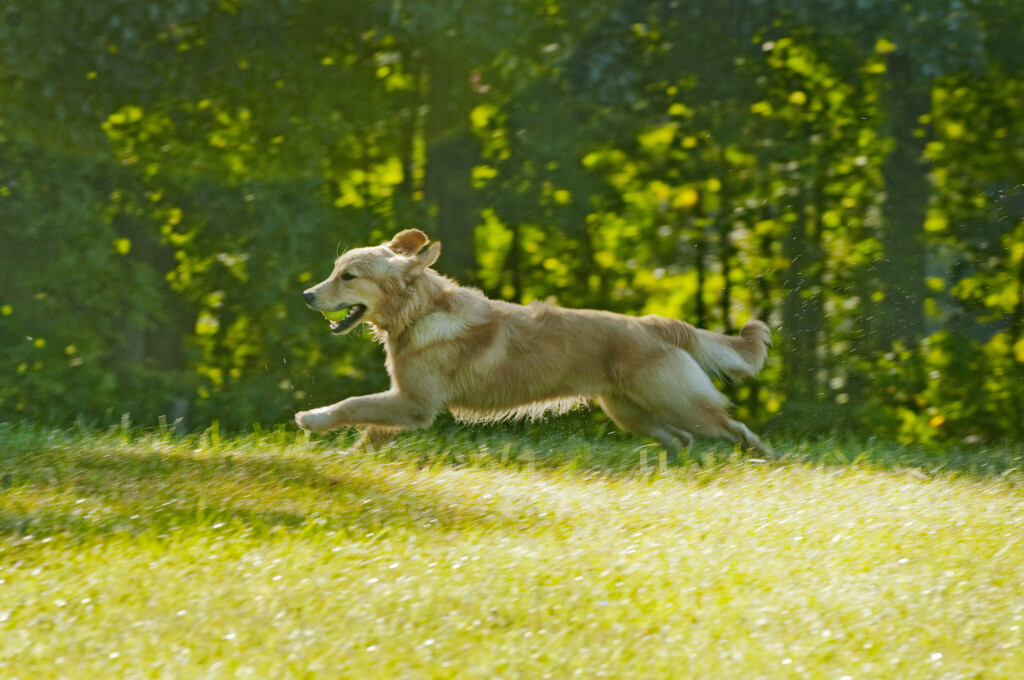 Two weeks ago we lost our nine-year old Golden Retriever Mazy. She had been treated for tick-borne and auto-immune diseases in Burlington and had been home in Brandon for ten days. When she faltered late one Tuesday night, I drove her back to the Burlington Emergency Veterinarian Hospital and she died on the way in the back of my Subaru. Her death hit me hard and has caused me to reflect on how we measure our years in dog lives.

Mazy came into my life in 2010 after a difficult period. In 2009, my brother Roger died at forty-two after a battle against leukemia. Our family was shattered with his loss. We carried on as best we could.

Roger and I grew up with dogs as part of the family. Angus was a regal Irish setter, who moved from Connecticut to Vermont with us and established his dominion around Brandon. When my grandmother Mavis came for a visit, Angus ran off down the hill and reappeared at dinnertime with a large steak in his mouth. Mavis promptly heated up a skillet and cooked his prize.

Another time in Shrewsbury, Angus had a run-in with a porcupine and neighbor Bill Tabor used pliers to pull out the sharp quills. My Dad died in 1975 when I was five years old and Angus was there to absorb the tears. One of the hardest memories of my young life was one gloomy day around 1980 when my Mom told me it was time put Angus down because he couldn’t walk anymore.

After that, Roger and I lobbied hard to get a puppy and we found a Yellow Labrador, the runt of the litter, and called him The Neshobe Marauder, “Shobe” for short. We lined our condo in Middlebury with newspapers and tried in vain to protect shoes from his chewing jaws. We kept him at Diamond Brook Kennel in Hubbardton when we traveled and one visit saw a sign that Buster the Springer Spaniel needed a home. We adopted Buster to live with us and Shobe.

Buster had a difficult past and was very protective of his food. One morning when I was twelve, I came downstairs and tried to pet Buster. Little did I know he had a bone and bit my hand. I still have scars from Buster’s fangs on my right hand. Buster and Shobe lived out their years swimming in lakes and rivers and roaming around Mount Pleasant.

In the late nineties, my brother adopted a lost Cocker Spaniel called Red, but he and Roger’s Chesapeake Bay Retriever Suttree didn’t get along, so I adopted Red and took him with me to jobs as a newspaper photographer in the Virgin Islands and New Mexico. Red swam in the Caribbean and went hiking in the high desert of the Southwest. He became blind in one eye after my girlfriend threw a tennis ball for inside fetch and it bounced off a wall. He also contracted mites. New Mexico was not good for Red’s health and it marked his slow decline. I had to put him down one snowy day in February 2008. 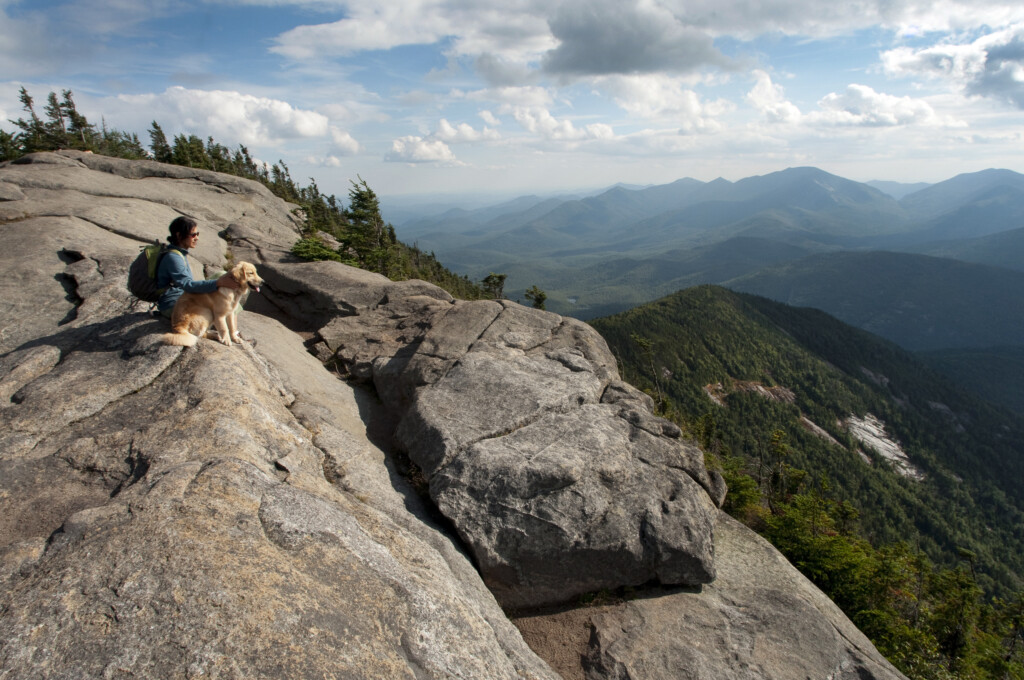 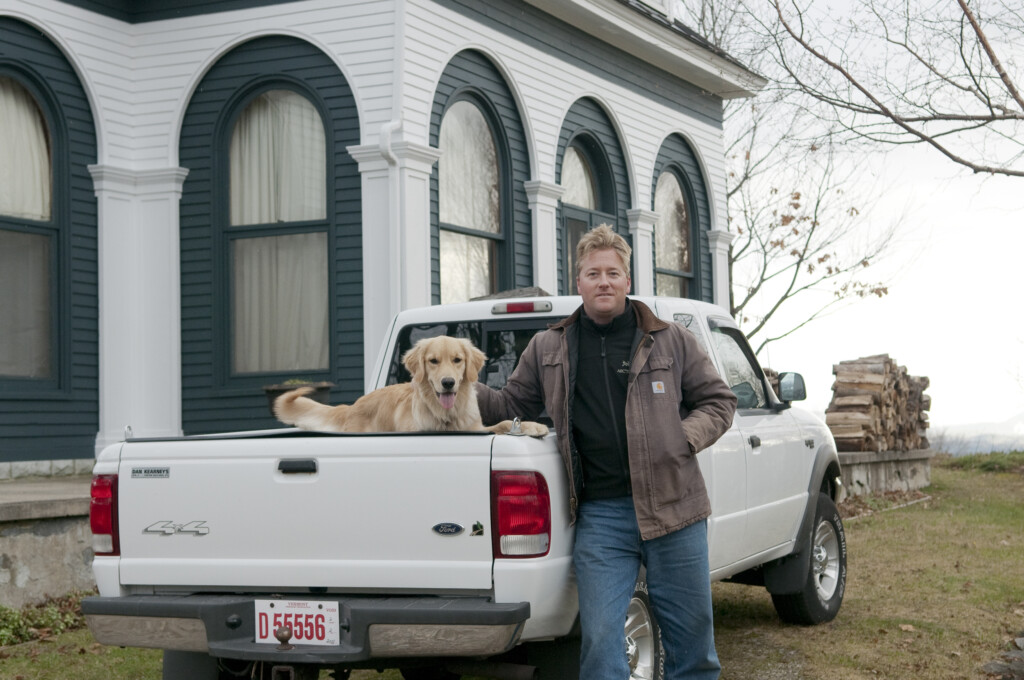 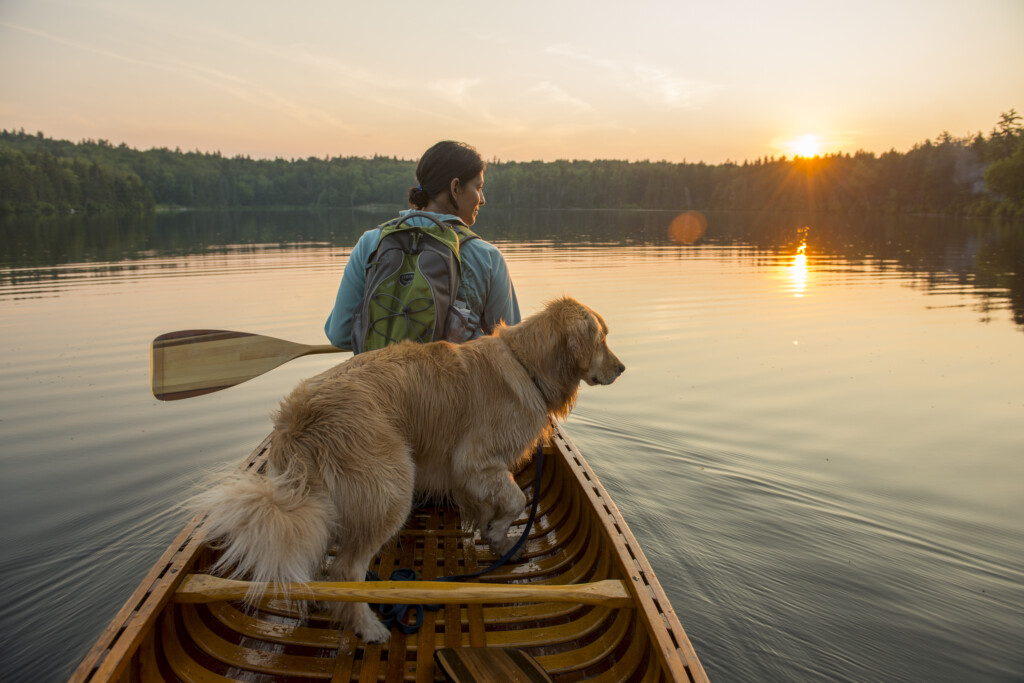 We bought Mazy in 2010 from Peg Cobb in Cornwall, Vermont. I was giddy with the excitement and responsibility of a new puppy as I headed south on Route 30. Mazy loved taking walks with my wife Natasha and me to Mount Pleasant, fetching tennis balls in the grass, hiking in the Green Mountains and canoeing on Vermont lakes. I made one of my favorite photos of Natasha and Mazy in our Old Town canoe during a sunrise canoe paddle at Grout Pond. 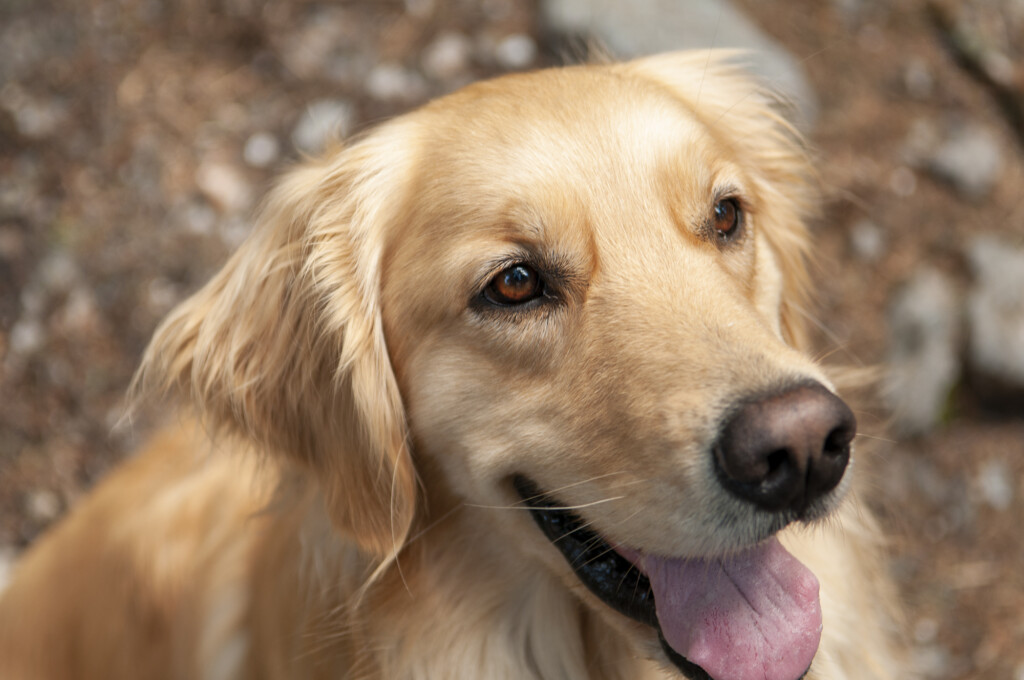 When our son Bodhi was born prematurely in 2013 at Dartmouth-Hitchcock, Mazy was in our car that frigid November, and she stayed with my mother for three months until Bodhi came home.  During Bodhi’s stay in the hospital, my Mom would come for visits with Mazy and taking her for walks around the Upper Valley was crucial for keeping me sane while Bodhi gained his strength.  When Bodhi came home in March 2014, Mazy was a calm and gentle “big sister.”  Mazy was my frequent companion on countless trips around Vermont as a photographer. Most everyday we would take walks around the long driveway at Mount Pleasant, in dreary winter weather and glorious summertime days. 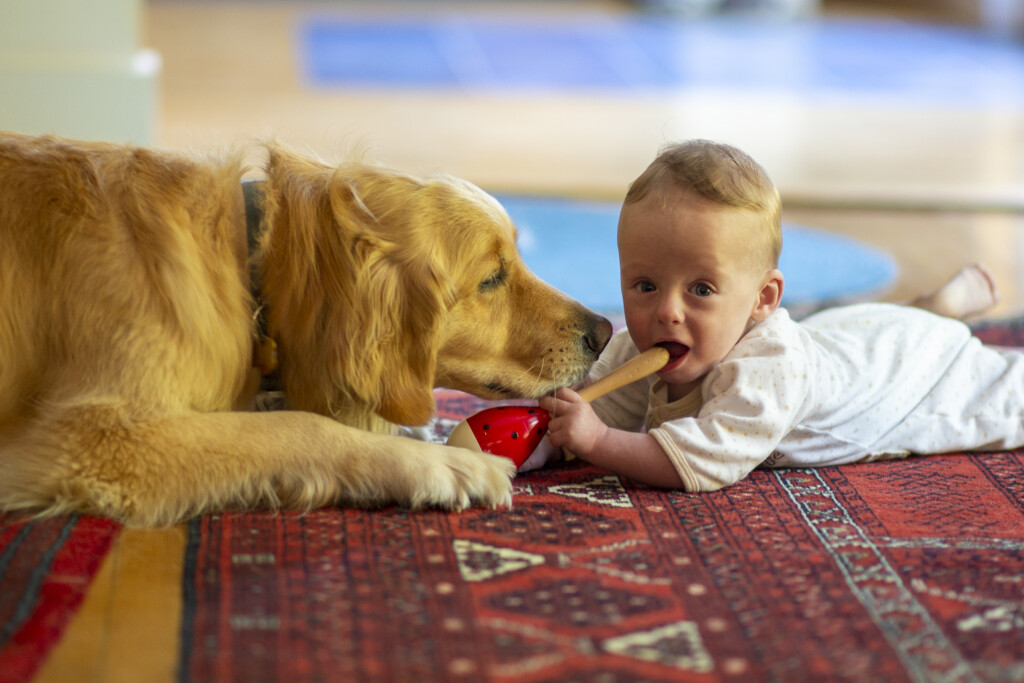 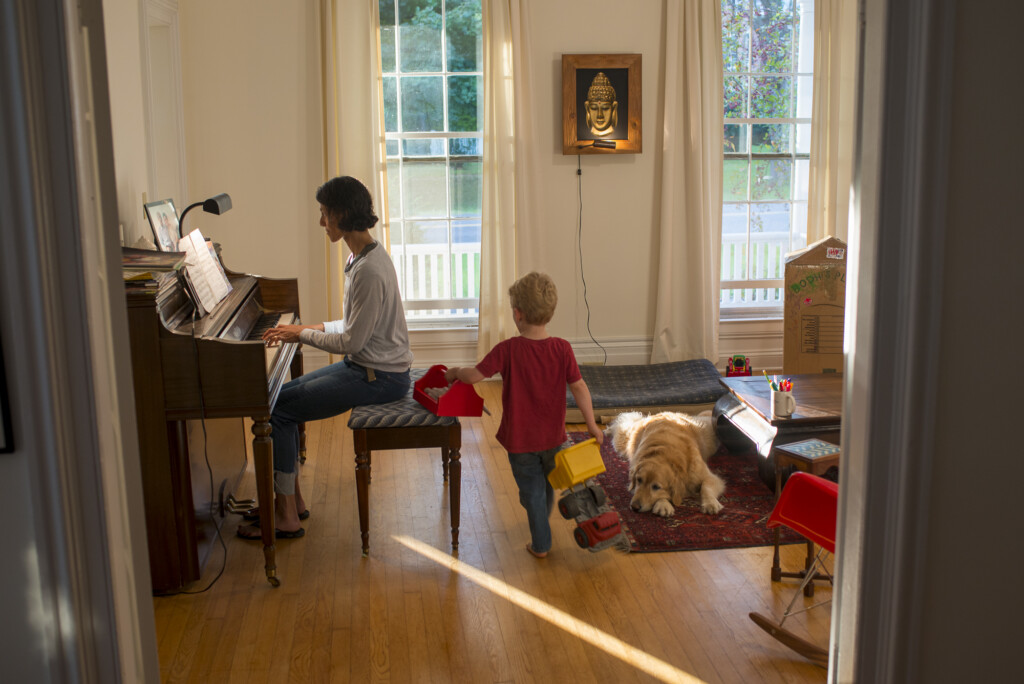 Sometimes we take things for granted. Hurry up, take a pee, take a poop, stop begging for food, stop trying to eat that poop. Don’t roll in that poop! Now that she’s gone, I look back in my photo archive and I find many photos of Mazy, as not all of them had a keyword. Many times I would snap a photo and forget it. I’m glad I took those photos. They document the joyful and lucky life she lived. Through photographs I process grief and wonder, from people and pets I’ve loved to the abstract beauty of the natural world. For me Mazy will be always be stretched out full stride, running in the grass, a ball in her mouth, pure energy and joy and light. I am grateful for her life. 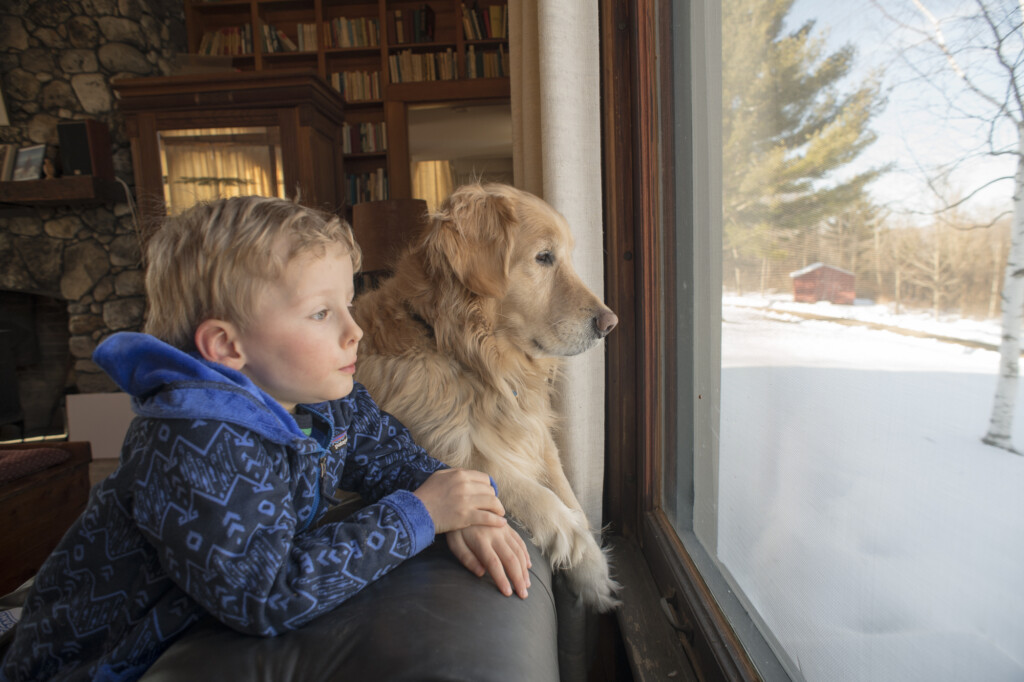 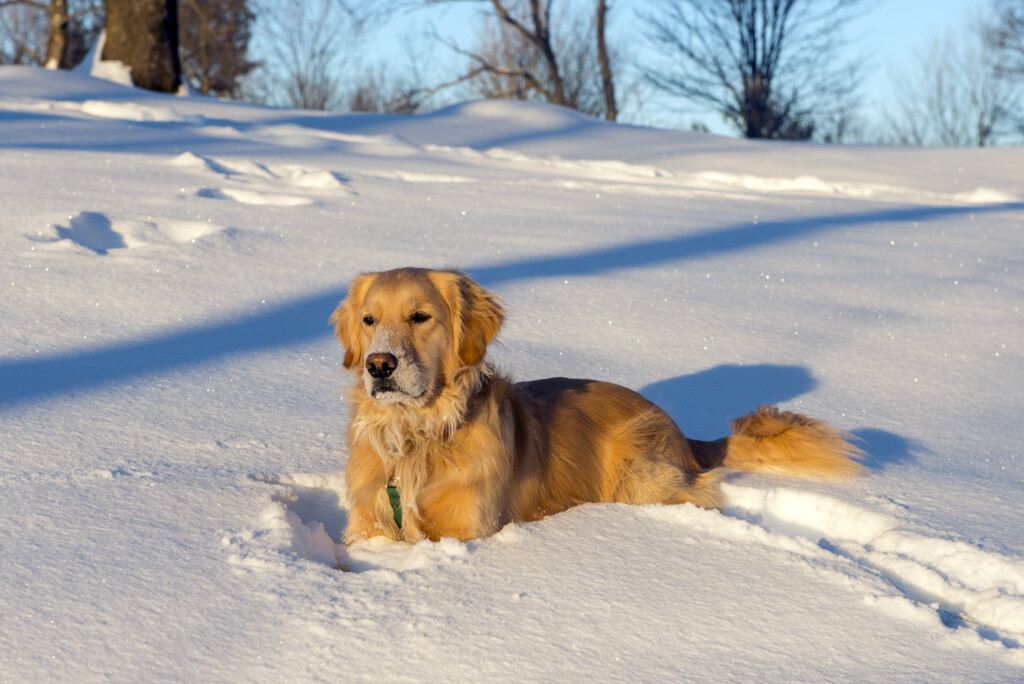 I saw this saying on a sign at a friend’s house the week Mazy died. “It came to me that every time I lose a dog, they take a piece of my heart with them and every new dog who comes into my life gifts me with a piece of their heart. If I live long enough all the components of my heart will be dog, and I will become as generous and loving as they are.” – Anonymous 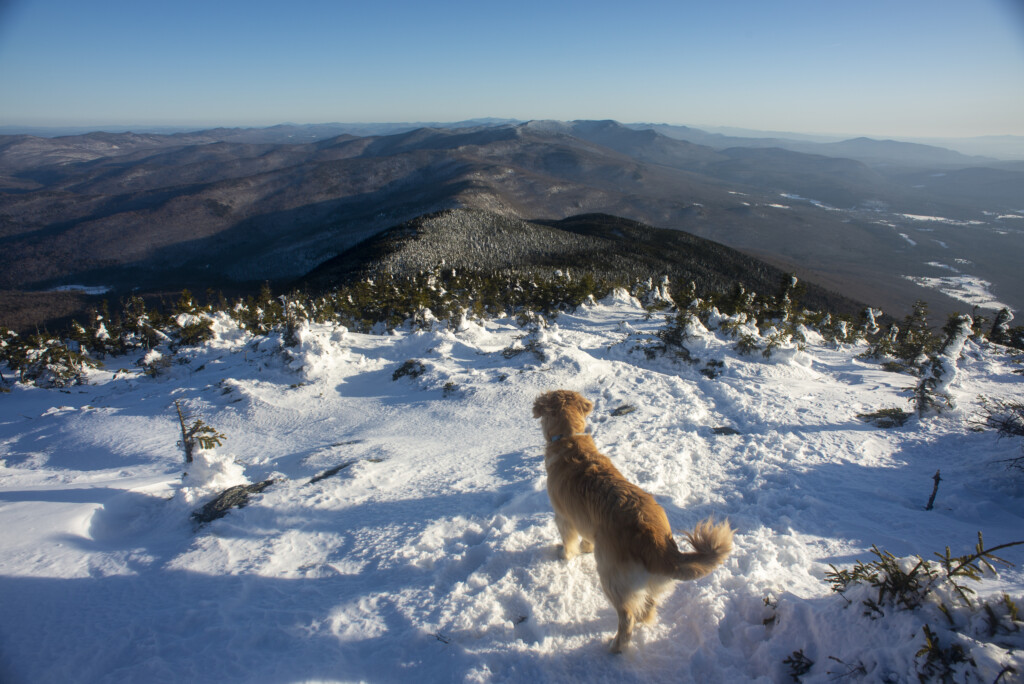